Intel launched their eighth-gen Core i CPUs some months ago, and these processors proved to be excellent choices for gaming computers, workstations, and most desktop PCs. But a good CPU needs a good motherboard, so which one to choose? We compared some models and here we have a compilation of its features to help you to choose.

We already tested some of the eighth-gen Core i3 CPUs, codenamed Coffee Lake, like the Core i7-8700K, the Core i5-8400, and the Core i3-8100. All of them proved to be good CPUs at its price level, improving performance when compared to the earlier generations.

Newer chipsets (H370 and B360) are being launched this month, but we decided to make a roundup of the motherboards we analyzed so far, to help you decide which one is the best choice for you. The motherboards are listed below, click on the name to read the complete article where we analyze each one.

On the table below, we compared the key features of each motherboard.

Researched at Newegg.com on the day we wrote this article.

As you can see, even using the same chipset, there are many differentes between the seven motherboards we tested so far.

First, and probably most important, is price. The analyzed models vary from USD 145 to USD 284, which means the less expensive costs around half the price of the most expensive one.

The ASUS TUF Z370-PLUS GAMING has the lowest price, so it is a good choice if you have a limited budget. However, it uses the simpler audio codec, don't support SLI, and don't bring useful overclocking features like display and buttons.

The ASRock Fatal1ty Z370 Professional Gaming i7 is the only one that brings a 10 Gbps Ethernet port, but it is the most expensive one. Therefore, it is only the best buy if you will actually use this high-speed network port. 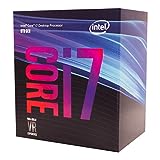 The Gigabyte Z370N WiFi is the only Mini-ITX motherboard on the list; so it is a great choice if you are building an SFF (small form factor) desktop computer, using a Mini-ITX case. Its price is also similar to the most inexpensive model.

So, your choice will depend on what is important to you. Do you intend do use more than six SATA HDDs or SSDs? So you can exclude the models with four or six ports only. Do you want to make an extreme overclocking? So, choose one with a high number of phases on the voltage regulator circuit, buttons, and a POST error code display.

In short, there is not a single motherboard that is the best one for all users. Different people have different needs, so you can use this table, and the articles where we analyze each motherboard, to find out which one is the best for you.