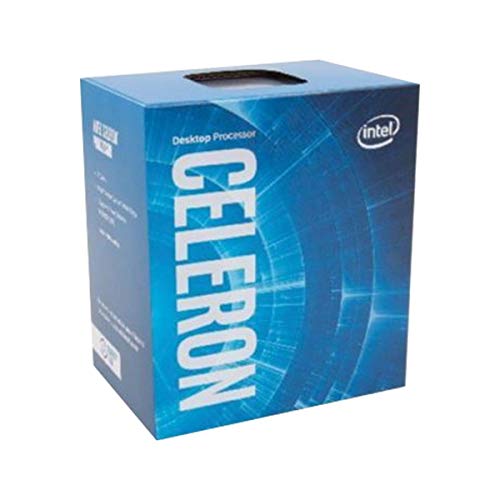 The Celeron G3930 is the most inexpensive CPU from Intel today, with two cores, 2.9 GHz clock rate, TDP of 51 W, and using socket LGA1151. Let's check how does it perform.

So, it is clear that the Celeron G3930 is aimed on computers where performance is not an issue, usually office desktop machines (for web browsing, text typing and spreadsheet calculations), supermarket cashiers, kiosts, etc.

Besides that, we will run some programs and games in order to check if is it a viable option for home using and even for casual gaming.

Figure 1 shows the package of the Celeron G3930.

In Figure 2 we have the package contents: a manual, the cooler, the CPU itself, and a case sticker.

Figure 4: underside of the Celeron G3930

We used a GeForce GTX 1080, which is a high-end video card, in all tests. We know this video card is not intended to be used with such a value CPU, but we used it in order to be sure there will not be any bottleneck caused by the GPU, so we are measuring the actual performance of each CPU.

On the Fire Strike benchmark, the Celeron G3930 performed similarly to the A8-9600.

We ran some quick benchmarks in order to compare the performance of the integrated video present on the A8-9600 to the Pentium G4600, and the Core i3-7100 from Intel. We removed the video card and ran three 3DMark benchmarks: Fire Strike, Sky Diver, and Cloud Gate.

We also ran, using the integrated video, the Counter-Strike: Global Offensive (A.K.A. CS: GO), which is a very popular game, launched in August 2012, using Source engine, which is DirectX 9. We benchmarked it playing in "Inferno" map, against bots, in Full HD, and image quality as "medium".

Obviously, no one is expecting a huge processing power in a 60-buck CPU. However, there were some questions: could the Celeron G3930 be a decent choice for a budget home computer, eventually running some games? Is it slower than the AMD A8-9600? Can it be an actual good choice for someone?

About the first question, if can it be used for casual gaming, the answer is "maybe". Our tests shown that its integrated video is too slow for any recent game, but if you install a "real" video card, you can play some titles. However, we can't recommend this CPU for gaming, since the Pentium G4600 costs only a few dollars more and performs a lot faster. So, if you have casual gaming in mind, forget about the Celeron G3930 and buy a more powerful processor. 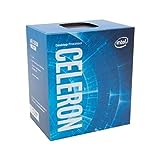 Compared to the A8-9600, the Celeron G3930 is faster in some tasks, and slower in other ones, so we can say they are in the same level.

But can it be a good option in some case? Yes, if you are interested in building a desktop computer for office tasks, where the budget is more important than the performance, the Celeron G3930 is a good option, even more because you can pair it with an inexpensive H110 motherboard.